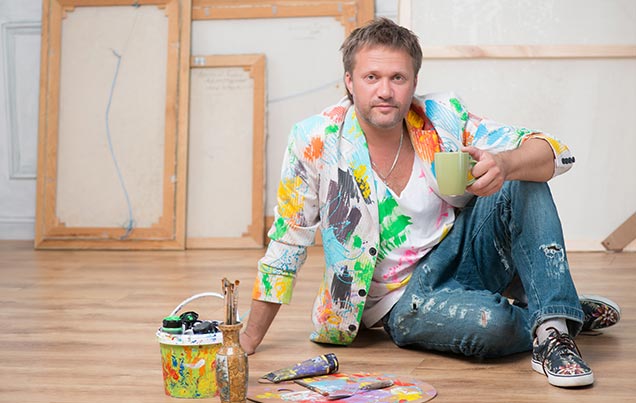 The artist in his studio in London, England

Born in Bradford, England, in 1937, David Hockney attended art school in London before moving to Los Angeles in the 1960s. There, he painted his famous swimming pool paintings. In the 1970s, Hockney began working in photography, creating photo collages he called joiners.

He continues to create and exhibit art, and in 2011 he was voted the most influential British artist of the 20th century. Hockney’s early paintings incorporated his literary leanings, and he used fragments of poems and quotations from Walt Whitman in his work. This practice, and paintings such as We Two Boys Clinging Together, which he created in 1961, were the first nods to his homosexuality in his art. Because he frequently went to the movies with his father as a child, Hockney once quipped that he was raised in both Bradford and Hollywood.